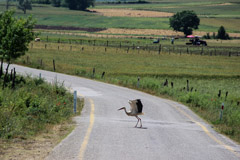 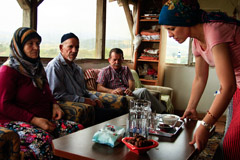 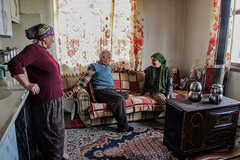 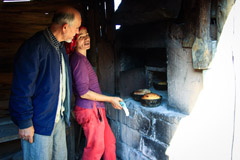 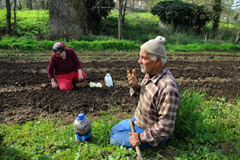 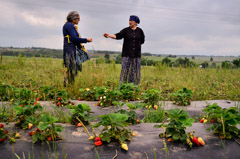 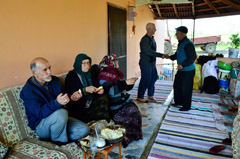 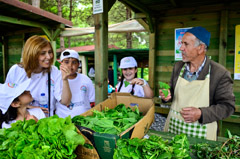 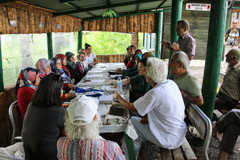 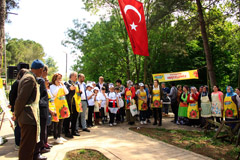 Sürmeli was a village that was founded in 1923 by the foreigners coming from Greece, producing tobacco and wheat. With the tobacco production quota in 1994, the production stopped and the migration started in the village.

In 2007, upon the request of the villagers, with the participation of the District Governorship and 19 Mayıs University, it was decided to carry out organic farming by getting support from EU projects. Three pioneering families participating in courses within the scope of İŞKUR programs started organic farming.

Meryem Ayyıldız was the only woman who attended the courses with her husband Salih. Sabber Yıldız and her husband Kamil are trying to grow artichokes today. Müesser Albayrak and her husband Osman, on the other hand, continue to produce in greenhouse besides growing organic vegetables and fruits. Over time, the number of families engaged in organic farming has reached twenty-seven. Starting with almost 12.5 acres, the production went up to more than 60 acres, and the variety of vegetables and fruits reached thirty-seven. In addition, eighty-seven kinds of edible herbs were identified in the village, and 19 Mayıs University registered these products.

Bafra Sürmeli Village Association (SÜR-DER) was established to provide unity in agricultural activities in the village. The association provided launching of a village market. The first three stalls in the market were given to the pioneering families.

Two years ago, with the takeover of association management by the women the works speeded up. They are participating in organic farming fairs in Samsun and İzmir, and organize trips to the villages that grow organic products. They send products to market chains and to the organic markets of Kartal-Şişli in Istanbul.

They have organized the Samsun Yöresel Ot Yemekleri Festivali (Local Herb Food Festival) for the 5th time in Sürmeli. They have been organizing the Tohum Takas Festivali (Seed Exchange Festival) for two years with the support of the local government and the university. They aim to market their products with the Sürmeli Village logo within a few months by establishing a joint production area and becoming cooperative. 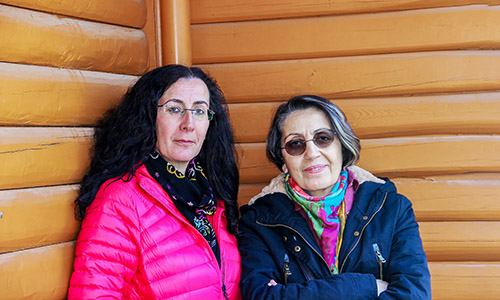 She was born in Samsun in 1968. Graduate- Graduate of Photography and Videography Department. Retired Business Manager lives in Samsun. “I started to be interested in photography by taking photos of my son. I became a member of SAMFAD during my retirement.” She often takes photos of sightseeing, sports and street. Her photographs took place in many mixed exhibitions opened by SAMFAD.

She was born in 1959 in Mesudiye-Ordu. She studied AÜAF nursing and AU Photography and Videography. Retired Nurse and lives in Samsun. While working at the kindergarten in 1995, she started by taking child photos. 2013 continues with SAMFAD Photography Training. She likes excursions, portraits, street photography. She took part in the mixed exhibitions of SAMFAD.
Kapat