At that time, the world was experiencing one of its turbulent times. As lives were changing, social orders were being shaken, wars were causing much pain, borders were being redrawn, and photo-interviews were showing what was happening. Documentary storytellers carried images of human condition into houses with photo interviews. Magnum Photos, founded in 1947, was the leading school to train master photographers of this field.

In Turkey, a magazine was established in 1954, copying the name of Life magazine, it was called "Hayat" (meaning life in Turkish) and employed very good photographers in its staff; its printing house was equipped with advanced techniques that can publish quality photos. However, as long as it was actively publishing, it was interested only in the apparent aspects of what was happening in the world and in the country, it was content to publish “spot news” and “celebrity” photographs. It could not create a tradition that brings its audience together with textual news that deeply analyze the topic it is dealing with, examine how the issue seems to be and turn the photographer's observance into a creative photographic story, as its western counterparts.

Life Magazine started its introduction in the first issue as "To see the Life and the World ..." Many magazines such as Life, which closed down in 1972, could not resist the competition of popular TV broadcasts.

The tradition that tells photographs from life by witnessing the world in Europe and the USA, between 1928 and 1972, has existed thanks to such magazines. This tradition has realized an important social function, and left marvelous experiences, honest stories, productive and responsible photographers, exemplary events, legends, puzzles, and stories behind. The remaining ashes would never lose their heat, so they would carry the energy of rebirth in themselves.

In Turkey mid-1970s are the years in which interest in photography began to increase. Approaching the ‘80s, new "Anatolian" associations were established along with the "Istanbul based" IFSAK, launched in 1953. (Normally, photography associations are expected to act like hobby providers for the urban middle class to make fruitful use of their spare time; however, form in the classroom spare time assessment of the expected, they gradually began to take the responsibility of almost all the activities that appear in the theoretical and practical fields of photography in Turkey.)

The new lives established with the immigration to the city, which became massive in the 1960s, became visible in the 70s. Cities were in a rapid change. On one hand, there was a lively social environment and fusion of ideas; on the other hand, violent conflicts were causing social traumas. Meanwhile, art was among the rising values. Many young photographers were eager to turn their objective glasses towards "life".

However, this willingness did not go beyond individual efforts. "Photo stories from life" tradition, having 40 golden years till the ‘70s in the West, could not pass through Turkey's high walls. So the photographers of that period could not have the ethics of these techniques or their aesthetic or methodological knowledge.

In the western world, in the early 2000s, when the calendars showed the new millennium, digital cameras were developing and becoming widespread. Image transfer was easier via Internet. Photojournalists in Europe and the USA started to consider the Internet as a new medium to share stories. The photo interview was reborn from its ashes. Visual storytellers were conveying what they witness from all corners of the world, like a phoenix, and had the opportunity to reach everyone with narratives from their own living spaces.

In the late '90s weekly magazines in Turkey began to spare space for stories with photos from life, albeit after a delay of 50-60 years, an efficient process began on the edge of the 2000s. Symposiums were gathered in Ankara; a foundation, an agency and many platforms were established in Istanbul, long-term photo-interview seminars were organized, a photo-interview magazine was published, several websites were launched at the same time, documentary photography days were organized for four consecutive years, photographers were presenting stories about life with their presentations.

While photo-interviews were having their golden years in the world, in Turkey, the press that is considered to be the main media of this work stayed away. The number of associations founded by photography enthusiasts at that time was very few. In this realm where the phoenix starts flapping its wings again, when visual stories were wandering freely in the atmosphere the number of associations was more than a hundred and a federation was established in Turkey.

"MGH - Memleketimden Görsel Hikayeler" (Visual Stories from My Hometown) organized by Türkiye Fotoğraf Sanatı Federasyonu (Turkey Photography Art Federation) in 2018-2019. The project was carried out with almost two hundred photographers from all around Turkey.

While planning this non-formal education based on the photo-interview method, we had in mind to use many examples of hometown stories, the knowledge we get from the seminars and workshops with European, Asian and American experienced photographers, editors, and educators, along with our own experiences.

Visual Stories from My Hometown (MGH) was a non-formal education that took place through co-learning and its preparation phase lasted two months. In this work we started with 32 associations, 404 photographers, and 227 story canvases (a justified story draft / basics of the story / photographer's course of action) in February 2018, we had had two face-to-face meeting with each of the photographers in their region. In these meetings, we shared our suggestions for the idea in the story to mature and become transferable. We corresponded with each photographer once in every 6 weeks to interpret the new photos they took, and discussed the conveyance of stories to the visual language. We completed the study in the last month of 2019.

At every stage of MGH, we considered the process rather than the result. We tried to be mentors and then editors for our photographer friends. We did not only consider MGH as a learning activity together, but also aimed to create a collection of hometown stories that care about the ethics of photo-interview and is sincere, honest and responsible.

We present you the 86 hometown stories we prepared together with our 136 photographer friends from 25 associations. TFSF's MGH project is a comprehensive documentary storytelling training that probably does not have many examples in the world with its volume, duration, method, and results. In this study, we did not make any screenings as editors. We tried to meticulously carry out each step necessary to present a visual story and to comply with the joint calendar.

Visual storytelling in the world has been opened to creative experiments in recent years as well as the classical photo-interview method we applied in the MGH study. After photos had become portable with videos and sound recordings in the same way, the multimedia technique added a new dimension to storytelling. In our country, photographers continue to tell their stories about life through classical methods, experimental practices, and interdisciplinary experiments. We wish them all success and sustainability on their journey.

We thank to 2018-2020 period management and the current management of TFSF, for providing us an environment to carry out the MGH project; the local representatives of the association who supported our photographer friends throughout the work; and to our photographer friends who completed this long and troublesome process by trusting us and created MGH with their visual stories. 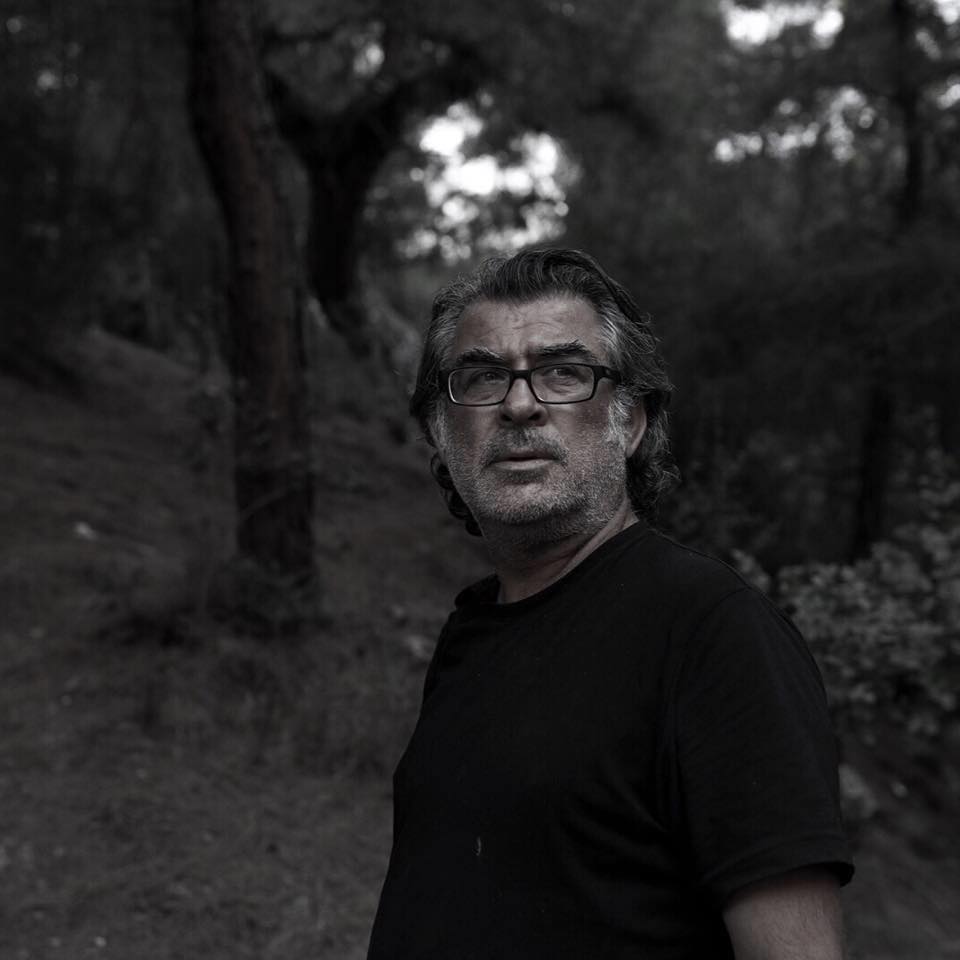 Born in 1964, in Balıkesir, Aykan Özener is a graduate of Selcuk University, Classical Archeology Department. Özener completed his master's degree with the thesis titled "Photography Techniques in Archeology" and started working on photography in 1983. He became a member of AFSAD (ANKARA PHOTOGRAPHY ARTISTS' ASSOCIATION) in 1987 and started looking for new pursuits in photography. After having worked under the umbrella of AFSAD between 1987 and 1995, he continues working independently. His photographs and articles have been published in culture and art magazines. He has attended many seminars. He has organized the first five Çanakkale Photography Festivals. He has been a lecturer of photography for twenty years at Çanakkale Onsekiz Mart University. Between 2018-2019, he worked as an editor with the participating associations on behalf of Türkiye Fotoğraf Sanatı Federasyonu (Turkey Photography Art Federation) with Özcan Yurdalan and Yusuf Arslan. He is also the chairman of the board of Pan Görsel Kültür Derneği (Pan Visual Culture Association) he has established in Çanakkale. He is the photo editor of Aktuel Arkeoloji Dergisi (Aktuel Archeology Magazine). 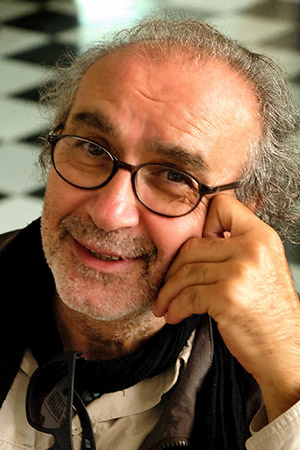 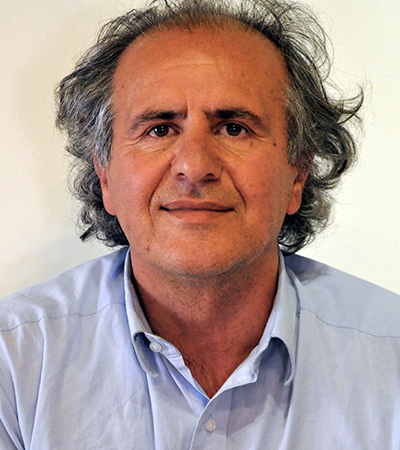 He is a teacher. He completed his primary and secondary education in Sivas and the teaching school in Savaştepe. He studied Journalism and Public Relations. He worked as a teacher in Sivas, Aydın and Germany. He was on the boards of the Kuşadası Photography and Cinema Art Association (KUFSAD) and was among the organizers of the International Kuşadası Photography Days held during this process. News photos he took were published in the press of western countries, one of which was on the cover of Der Spigel. He worked in the Dutch News Agency's project called "Europe: Castle Gate", which criticized Europe's attitude towards the refugees through human stories. He took part in national and international photography festivals with his exhibitions and shows. His photos were published in magazines and books. He worked in photography workshops with children. He was one of the organizers of the documentary photography training called "MGH - Memleketimden Görsel Hikayeler" (Visual Stories from My Hometown) organized by Türkiye Fotoğraf Sanatı Federasyonu (Turkey Photography Art Federation) in 2018-2019.