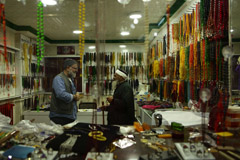 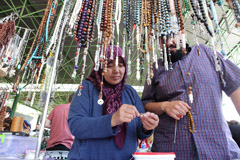 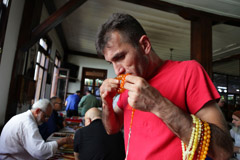 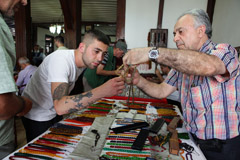 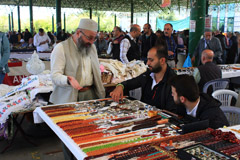 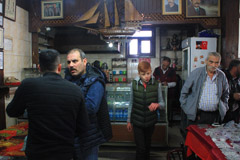 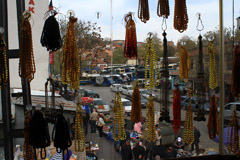 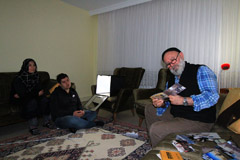 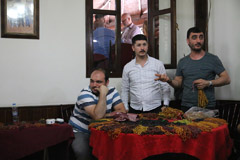 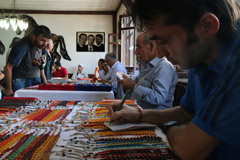 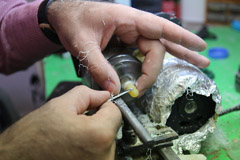 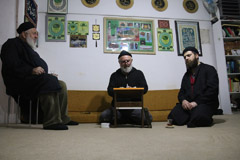 Tespihçiler Kahvesi in Ankara's old district Ulus is a place where rosary enthusiasts, collectors and sellers meet. Cafe is opened every morning at 06.00 and rosary stalls are set up. After the commerce that continues all day long, the stalls are taken away at seven in the evening. Rosary enthusiasts are replaced by people playing backgammon, cards and rummy tiles. Ayrancı Antika Bazaar, Sıhhiye and Ümitköy markets are also among the important places for the rosary enthusiasts. Established the first Sunday of each month "Moon Market" is important for the wholesalers and private buyers coming from all parts of Turkey.

Rosary, an accessory belonging to the men's world, is also regarded as a symbol of power. It serves many different expectations such as patience, luck, peace, health, worship, and ornaments. Sabri Karakullukçu guided us in this story. When Sabri Usta went bankrupt in 2001 while doing hardware-making, he "let it go" in his own words. By coincidence, he met the world of the rosaries. He soon took the first step into the profession by opening a stall in the street. Today, he has a rosary shop for wholesales. Sabri Usta says "I started life all over again with this job and this love".

Nejla CAN GÜLER Born in 1965 Çaykara / Trabzon. Ministry of Health, EU Expert and Project Activities. She became interested in photography in 1999. She became a member of AFSAD in 2005. She participated in workshops in different fields. She was a member of AFSAD Board of Directors. As the project responsible of the association, she wrote various projects and realized photo projects with financial support. Documentary is working. However, from time to time, she is involved in various studies (street, nature, abstraction, abstract). I always had the idea of “I have a reason if I am here” and “nothing is a coincidence” in my view of life. Therefore; It expresses my problem as a way of showing the invisible and as a way of leaving something behind. ” She took part in many exhibitions and shows. She took part in the "Temporary Agricultural Workers" working on agricultural workers, in their joint exhibitions on "Waiting" and "Refugee Lives" and "MIG / MEN / LIK" in which asylum-seekers and immigrants are discussed. She is involved in street and abstract photography, especially documentary.

Born in Ankara, 1970. She retired from the private sector. Lives in the mainland. The photography started in 2008. She mostly takes documentary photos. She was involved in many documentary works and took part in works to support different photography projects. "I believe in the power and permanence of photography in social events and social awareness."

He was born in Izmir in 1963. He graduated from Ankara University Faculty of Medicine. Medical Doctor (General Surgery and Gastroenterology Surgery Specialist). Lecturer at Çorum Hitit University Faculty of Medicine. His curiosity towards photography started in 2006, he started to attend trainings in Ankara Photography Art Association (AFSAD) in 2009 and started to be interested in photography. He participated in the 3rd Course basic education, Nature Photography Workshop, Documentary Photography Workshop, Özcan Yurdalan Documentary Photography Seminar, Inner Nature Workshop at AFSAD and took part in joint exhibitions. He participated in mixed exhibitions of various Associations and AFSAD. He became a member of AFSAD in April 2011. Between 2013 and 2017, he was a member of the AFSAD Board of Directors for two terms. He is more interested in documentary and nature photography. Photography is an effort to “get to know, understand the places, pursuits, lifestyles and people that are next to us but we are not aware of, and tell other people about their existence and stories”.
Kapat