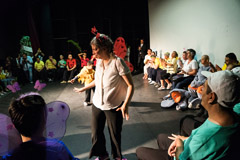 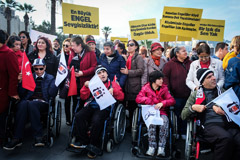 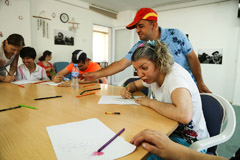 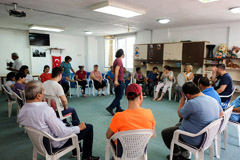 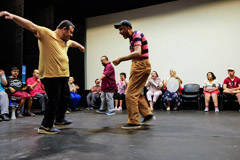 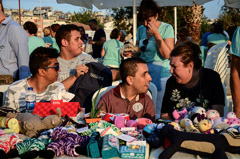 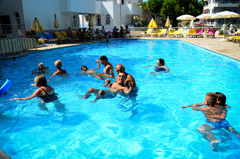 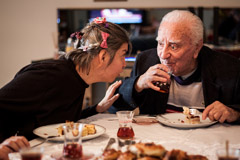 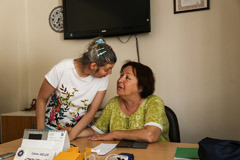 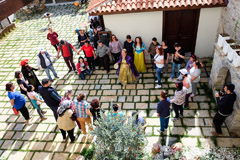 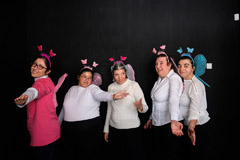 Hasan hit the table and said, "Oya will live!". On 30 June 1979, Canan Güler's baby was born with a disability due to late intervention during delivery and birth failure. She started living as a mentally handicapped person because she was left without oxygen when she was born.

In order to keep Oya alive, her grandfather Hasan and all the other family members paid endless attention and love besides following special nutrition programs. Oya, about whom the professors said, "She cannot walk," started walking at the age of two and a half. As Canan Güler said, "This is the power of love."

The fact that Oya realized what was regarded impossible encouraged the family to help other disabled children in the community. They established an association when she was 16 years old. The association opened a school for the disabled on May 25, 1995, and Erdoğan Öven Disabled Village in 2009. The school, which has provided voluntary service to 100 students so far, has 50 students now.

He was born in Kuşadası in 1983. Graduate of Izmir University of Economics, Faculty of Economics and Administrative Sciences. In 2010, he completed his master's degree at Istanbul Bilgi University. He works as an executive at the Architecture and Construction company. He has been interested in photography since 2014. Due to his profession, he mainly produces architectural photographs. Apart from that, he takes photos of minimalist, street, portraits and nature. Taking photographs by putting forward the interpretation and expanding the general culture and knowledge base to produce photographs He participated in various workshops and mixed exhibitions within the body of the KUFSAD association. KUFSAD vice president since 2018, such as a journey to the Heart of Nature.

She was born in Menemen in 1969. Graduated from Ege University Faculty of Agriculture. Retired Agricultural Engineer. She lives in Kuşadası. She started to be interested in photography in 2013. She is interested in street photography, and the photos she produces are mainly in this direction. For her to document the moment from a photography perspective. Two street photographs were published in Birgün Newspaper as the photograph of the month. She participated in many mixed exhibitions, some of them: "In the shadow of the light", "Our women" and "We attracted".

She was born in Avanos in 1966. Graduated from Ankara University Faculty of Pharmacy. She works as a pharmacist. Lives in Kusadasi. She has been dealing with photography since 2013. For her, photography is therapy, the way of resting, the means of carrying the moment into the future. Some photos of the project on the shores of grapes are published in Pegasus magazine and in the promotional catalog of Kuşadası Municipality. She took part in some mixed exhibitions: Our women, Lives in the winter of the grape, Aydın Ecacılar chamber, such as Pharmacists mixed photography exhibition.

She was born in Salzburg, Austria in 1074. Graduated from Ege University German Philology Department. She works as a lecturer and translator at the Faculty of Tourism at the dedicated Menderes University. Lives in Kusadasi. She met with photography at a young age. She would enjoy using her father's camera. In 2012, by taking basic photography training in KUFSAD, her interest in photography gained more depth. She is more interested in documentary photography and street photography and takes photos in this direction. Photography can capture a moment that exists for her and reach the future in my opinion. Her photographs taken for three years in the Kuşadası Republic Cup (Sailing races) were published in Yachting magazine. She participated in group exhibitions: “In the Shadow of Light”, “Our Women” and participated in the special exhibitions for the 8th of March women's day, which was prepared as female members of Kufsad for two years. She also voluntarily held Photography Workshops, each of which lasted one school term, with students voluntarily in Kuşadası Secondary School, Rahime Bilici Elementary School, Kuşadası Bahçeşehir Schools and Erdoğan Even Disabled Village. As a result of these, Photography exhibitions occurred.

He was born in Kuşadası in 1974. Graduated from Dokuz Eylül University Tourism Hotel Management. Volunteer employees in non-governmental organizations. He has been interested in photography since 2013. He takes street and nature-landscape photos. So stop the photo moment and move it into the future. Some photos of the project on the shores of the grapes were published in Pegasus magazine and in the promotional catalog of Kuşadası Municipality. He took part in some mixed exhibitions: Our women, Lives in the winter of the grapes, such as a journey to the heart of Nature.
Kapat