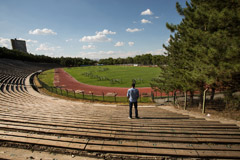 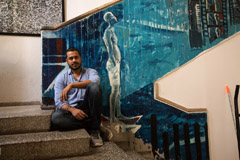 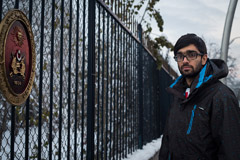 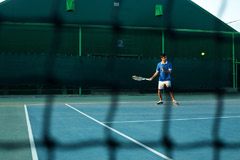 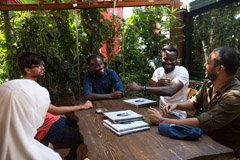 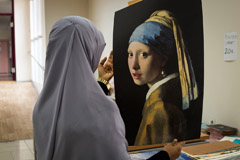 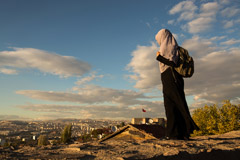 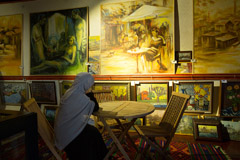 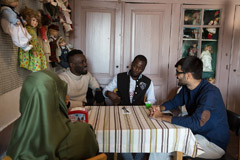 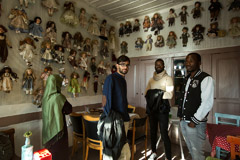 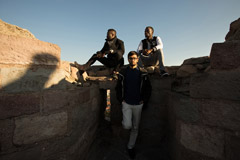 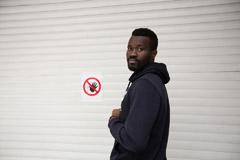 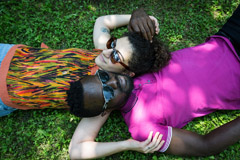 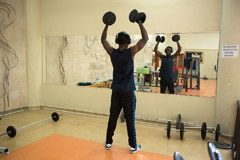 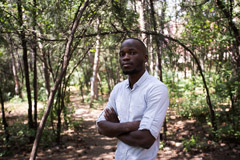 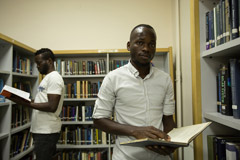 Many young people from Afghanistan, Bangladesh, Iran, Nigeria and Zimbabwe receive education at METU and Ankara University. These young people, whose paths intersect in Ankara, are looking for a “future” for themselves when the concept of “foreign” is becoming more and more marginalizing.

Five "foreign" teens studying in Ankara accepted me into their lives to tell their stories. Nigerian Anthony Uche Ogwurumba is a student in Statistics Department of Ankara University, Gift Manyonga from Zimbabwe is studying at the Faculty of Agriculture in Ankara University. M.A. and A.Ü. from Afghanistan are doing a master's degree at the Faculty of Theology of Ankara University. Iranian Sepehr Haddad is an Aerospace Engineering undergraduate student at METU, Bangladeshi Tawfiq Ahmed is an Aerospace Engineering graduate student at METU.

One of the young people whose stories I told, M.A. from Afghanistan participated in this study, provided that his name was not revealed and his face was not visible. I witnessed their efforts to plan their future in Turkey. As I got to know them, I started to look at myself through the eyes of a stranger and see cultural transitions and conflicts. 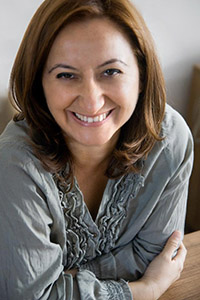 She graduated from Ankara University Faculty of Law and Anadolu University Open Education Faculty Photography and Videography department. As a freelance lawyer she operates in Ankara. Her approach to photography, which she sees as a means of discovering the meanings of images in different cultures and capturing the universal language, gained a different dimension with her participation in AFSAD seminars in 2007. Her photographs took place in numerous international and national group exhibitions. She made mixed exhibitions and presentations with her photography works called "A Day in the Courthouse" and "People from the Courthouse" at the Ankara Courthouse. The adventure of capturing the photo frames in the movies strengthened their connection with the cinema. She has fiction films directed by her. She also directed and produced the documentary film “The Novel of the Capital”, which focuses on Roma living in Ankara, which she screened in 2016. Film analysis articles and interviews were published in Fotografya magazine, where she was on the editorial board between 2014 and 2016. She worked as the Coordinator of AFSAD 1st and 2nd Short Film Festivals held in 2017 and 2018. She continues to work on photography and documentary films.
Kapat