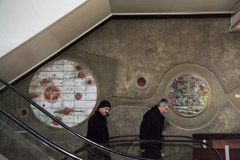 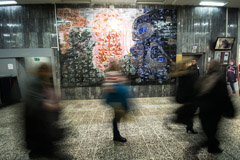 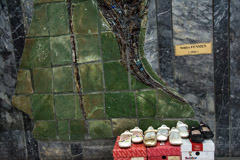 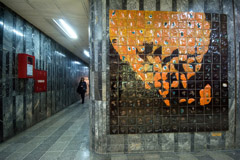 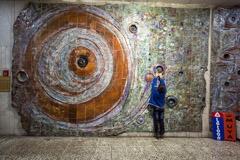 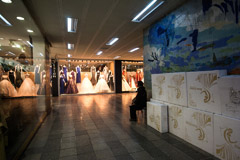 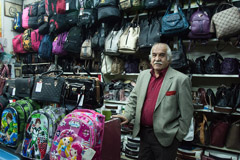 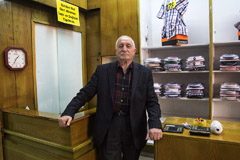 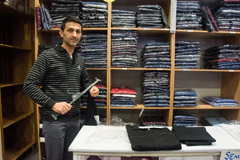 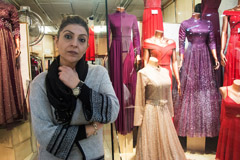 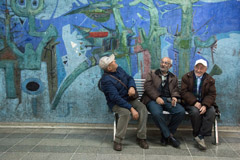 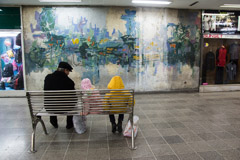 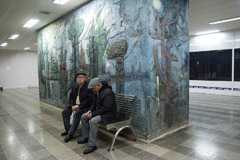 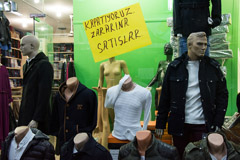 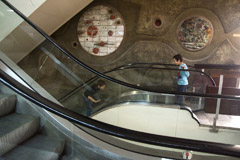 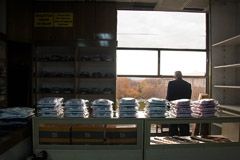 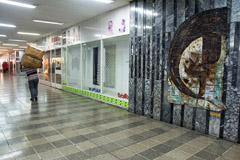 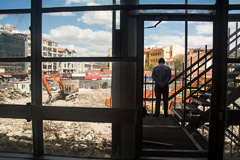 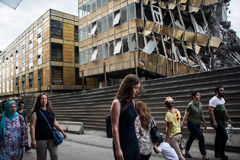 It was a bazaar that we used to visit under any circumstances whenever we came to Ankara from Safranbolu in my childhood. When I learned that it would be demolished in late 2017, I remembered those days.

Ankara Ulus area, where Anafartalar Bazaar is located, was declared as a “Protocol Area” with the Herman Jansen plan in 1932 and was taken under protection. However, in 2004, this plan was cancelled and the historical city center project was offered to get an inome out of it. Owners of the Anafartalar Bazaar, Ferzan Baydar, Afgan Kırımlı, and Tayfur Şahbaz built it after an award winning project competition which was organized for the building. It was opened on November 10, 1964, as the first shopping mall of Ankara with escalators. The building is a modernist experiment with its cubic style. And in 1965 it won the first prize in a competition in France.

The most important feature of the bazaar is that it is decorated with the works of seven artists who are not alive today. Anafartalar Bazaar, which is a school as well as a museum in terms of ceramic art, brings together Ankara residents with art in their daily lives.

Works of Turkey's first female ceramic artist Füreya Koral and another well-known woman ceramic artist Seniye Fenmen are exhibited in the bazaar. Also Nuri İyem's abstract paintings applied on the wall for the first time are there too.

Works of one of the first Turkish abstract painters, Arif Kaptan and art historian and academic Adnan Turani, known for his lyrical narrative works are exhibited there too. Cevdet Altuğ's relief ceramics covering the entire wall from the basement to the last floor are eye-catching; Atilla Galatalı's large ceramic panel transforms the shopping bazaar into “A Museum Bazaar”.

The Anafartalar Bazaar is planned to be demolished within the scope of the "Ulus Historical City Center" project. This demolition will not only destroy a historical building, it will create an impossible gap in social memory and it will displace all these art works. 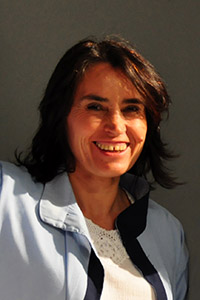 She was born in 1965. She completed her primary and secondary education in Safranbolu. In 1987, she graduated from Gazi University, Faculty of Economics and Administrative Sciences. She still works at a Public Institution in Ankara. After receiving basic education at the Photograph Art Institute in 2011, she adopted photography as a lifestyle and started using it as a means of expressing himself. She has been a member of the Photograph Art Institute (FSK) since 2012. In 2015, she graduated from Anadolu University, School of Photography and Videography. She participated in mixed exhibitions. She won awards and exhibitions in national competitions. She continues this journey that she started with nature photography with street and life photographs.
Kapat